Picaroons is an adventuring tabletop roleplaying game for picaresque adventures; take on the role of a Picaroon,  a rogue who must rely on their wits to make their way in an uncaring world.

Use this game text however you please, so long as you’re not a bigot, fascist, or other piece of dogshit.

This project is under development!

It currently includes lightweight rules for adjudication, character creation/advancement, combat, companions, hirelings, and resting. The full set of core rules are visible in the screenshots on this page.  Eventually, the rules will be available in website form as a free SRD as well.

This project is also itchfunding!

As the remaining zines are completed, I'll add itchfunding projectsfor them as well. In the meantime, you can pre-buy them as add-ons! Note that their minimum price will go up as they get completed, so buying early is also buying at a discount!

Make sure you check the Exclusive Content section at the bottom of this page before you buy! You can grab a community copy, pre-order the supplementary zines, or snag a slot as a friendly sponsor! 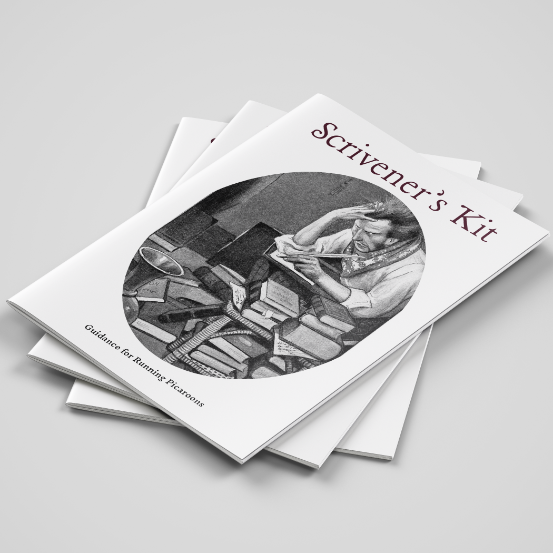 A mockup of the Scrivener's Kit supplementary zine, courtesy of Chris Bissette.

In this zine, guidance for the player(s) running  Picaroons through adventures, featuring: 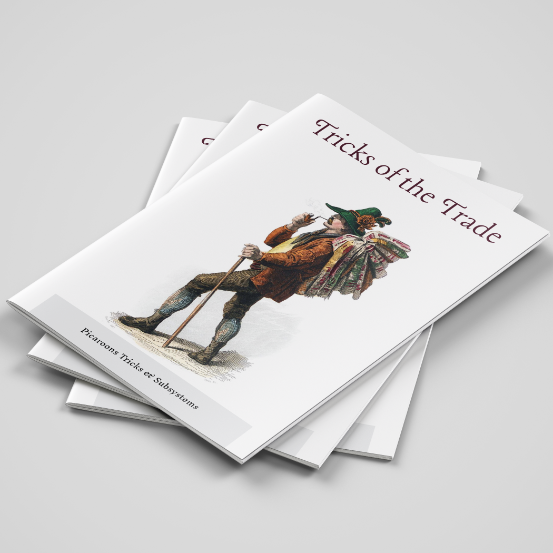 Mockup of the Tricks of the Trade supplementary zine, courtesy of Chris Bissette.

In this zine, examples of tricks and subsystems to expand on them, featuring: 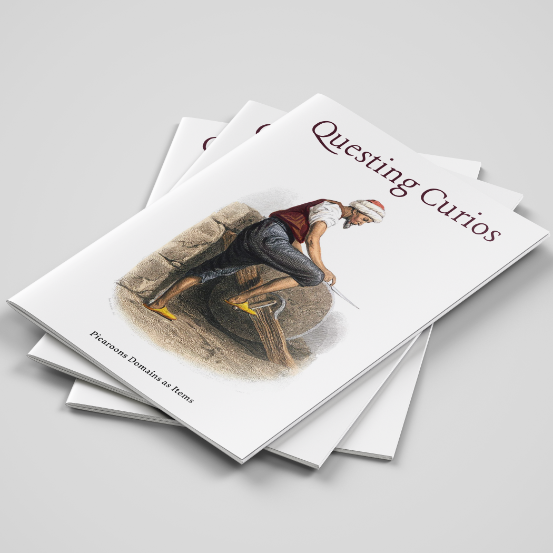 In this zine, examples of domains-as-items, featuring: 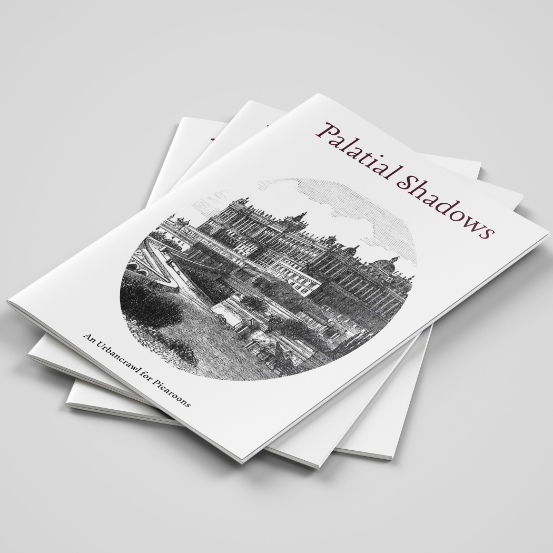 In this zine, an urban hexflower featuring: 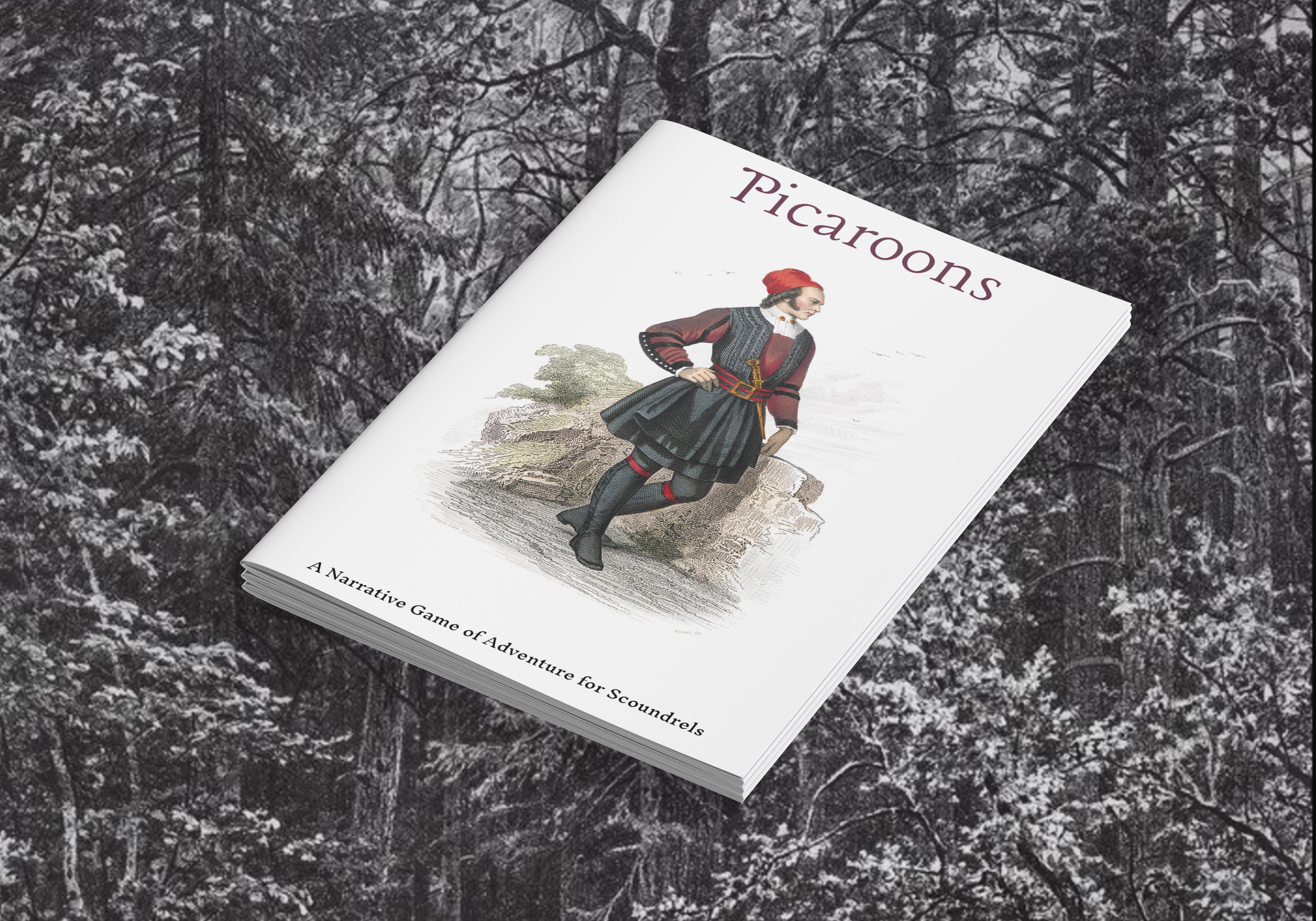 A prototype mockup for what a collected edition of Picaroons might look like, courtesy of Lucas Rollim 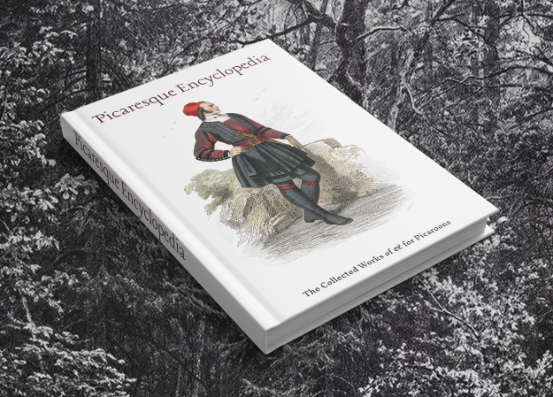 A mockup of what a hardback Picaresque Encyclopedia might look like, courtesy of Chris Bissette
More information

Hi! You use HD in the playbook, but I can't find what it stands for...

oh, good catch! it stands for hit dice, which I'll clarify in an update tonight or tomorrow.

HD determine both your max HP (hit points) and how much you heal when resting. Finally, they're used in some of the options you need to choose between when your HP drops to 0, namely the Use It and Wait It Out options.

I hope that helps a bit! 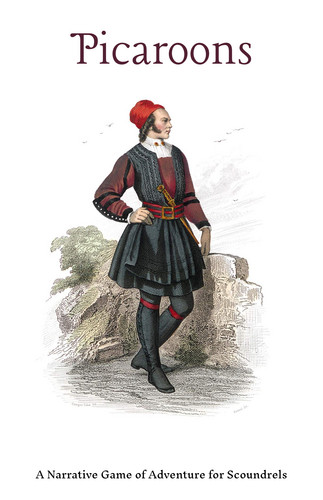 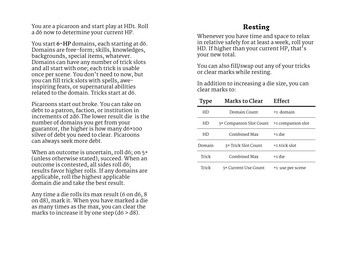 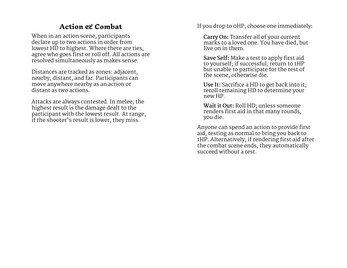 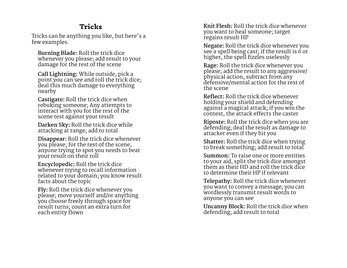 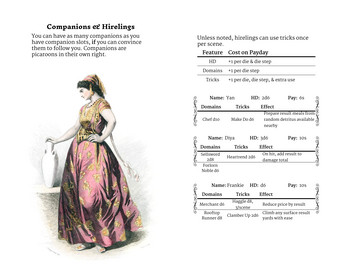 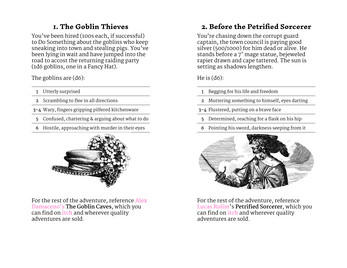 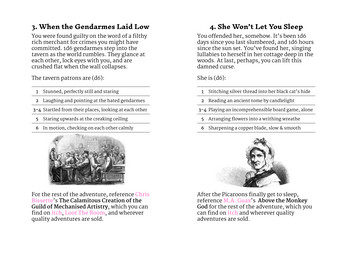 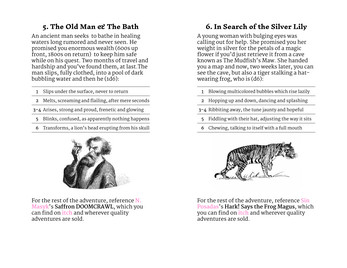